Hey car, have you met my phone?

So you’re walking to your car, listening to your new favorite song and checking out your favorite Tweets. You unlock the door, get inside, put your phone down and turn on the car radio. You start driving, but you still have that killer song in your head. And you don’t want to miss a Tweet.

This is where Aha comes in. Aha lets you easily access and organize your favorite web content on your phone, then seamlessly integrates the experience with your car. Which means that killer song is now in your dash, so you can keep listening to it right where you left off. And those Tweets? Just turn the dial and have them read to you. It’s as easy as using your car radio. So no matter where you go or what you do, your favorite music, Internet radio and web content is now right at your fingertips.

So who had this awesome idea?

Founded in 2008, Aha was created by some of the most passionately mediocre Ping-Pong players and coffee enthusiasts in all of the Silicon Valley.  They also happen to have decades of combined experience developing automotive, location-based, cloud computing, and mobile services for the likes of SiriusXM, eBay, PayPal, Amazon, Motorola, Yahoo!, Palm, Wired, Rhapsody, and more.

In 2010, Aha was acquired by Harman, the worldwide leader in the manufacture of high-quality, high-fidelity audio and electronic products for automotive, consumer and professional use. It is also the parent company behind an array of legendary brands that include Harman Kardon®, JBL®, Mark Levinson® and Infinity®. 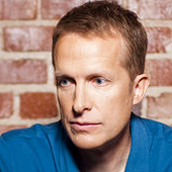 Robert Acker leads the Aha team with 14+ years of pioneering leadership in the connected car industry. He’s been developing and launching technology-based consumer products and services since he wrote the original business plan for XM Satellite Radio in 1997.

Before founding Aha, Acker was SVP of marketing at Dash Navigation, the VP of music services at RealNetworks and the first full time employee at XM Satellite radio, where he served as VP of marketing and VP of product development.

He began his career at aerospace start-ups and worked as an engineer at Boeing Satellite Systems. He holds both a bachelor's degree and master's degree in aeronautical and astronautical engineering from MIT, and a MBA from the Harvard Business School.

Rod Mackenzie joined Aha in 2010 to lead the distribution and implementation of the Aha platform into car entertainment systems around the world. MacKenzie has more than 20 years of automotive, telematics and mobile infotainment experience.

He was VP of Advanced Applications & Services at XM Satellite Radio from 2002 to 2008, and spent the prior 17 years at Land Rover in various positions around the world. Most recently, MacKenzie was CTO and VP of Programs at the Intelligent Transportation Society of America, the leading advocate for technologies that improve the safety, security, and efficiency of the nation's surface transportation system. 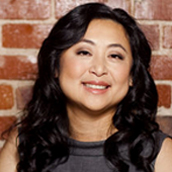 Chia-Lin Simmons has been creating, distributing and marketing digital media since the infancy of the Internet. Over the last 17 years, she has helped companies such as Audible (an Amazon company), CNET, Harman International, NewsCorp, Playphone, Time Warner and Wired generate revenue via groundbreaking content distribution deals across mobile devices and the web. At Aha, Simmons leads global marketing, business development and content programming for the division's mobile, in-home and in-car products. 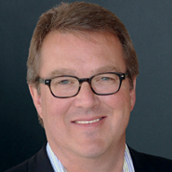 ​Toby Trevarthen joined Aha in 2012 to lead the global monetization of the Aha connected car platform.  Mr. Trevarthen has more than 25 years of advertising, sales strategy, business development and ad technology experience across both traditional and digital media.

Toby was VP of Sales and Business Development at AOL from 2000 – 2007, and spent 12 years in various sales and business development management capacities at Time Warner, Meredith and Gannett. In aggregate, Mr. Trevarthen has been responsible for delivering over $1B in revenue creation. Most recently, Mr. Trevarthen has worked in Silicon Valley start up circles as COO at Everloop, VP Business Development at Anchor Intelligence as well as advising several early stage companies on their go to market strategy.  He launched the start up portion of his current in 2000 as VP Business Development for AllAdvantage.  Toby has also spent over 15 years of his career engaged with the automotive category on traditional, non-traditional and digital programs.

Available for iPhone and Android, download the app and start enjoying Aha Radio.